Fair Pay for Every Play, Ep 11: John Truelove and his love for music technology

John Truelove is a record producer, publisher and DJ who is widely applauded in the electronic dance community. On this episode of Fair Pay for Every Play, he joins host, Kristian Luoma, to discuss the evolution of music formats and the importance of music recognition technologies, by reflecting on his musical career as a self-starter entrepreneur. 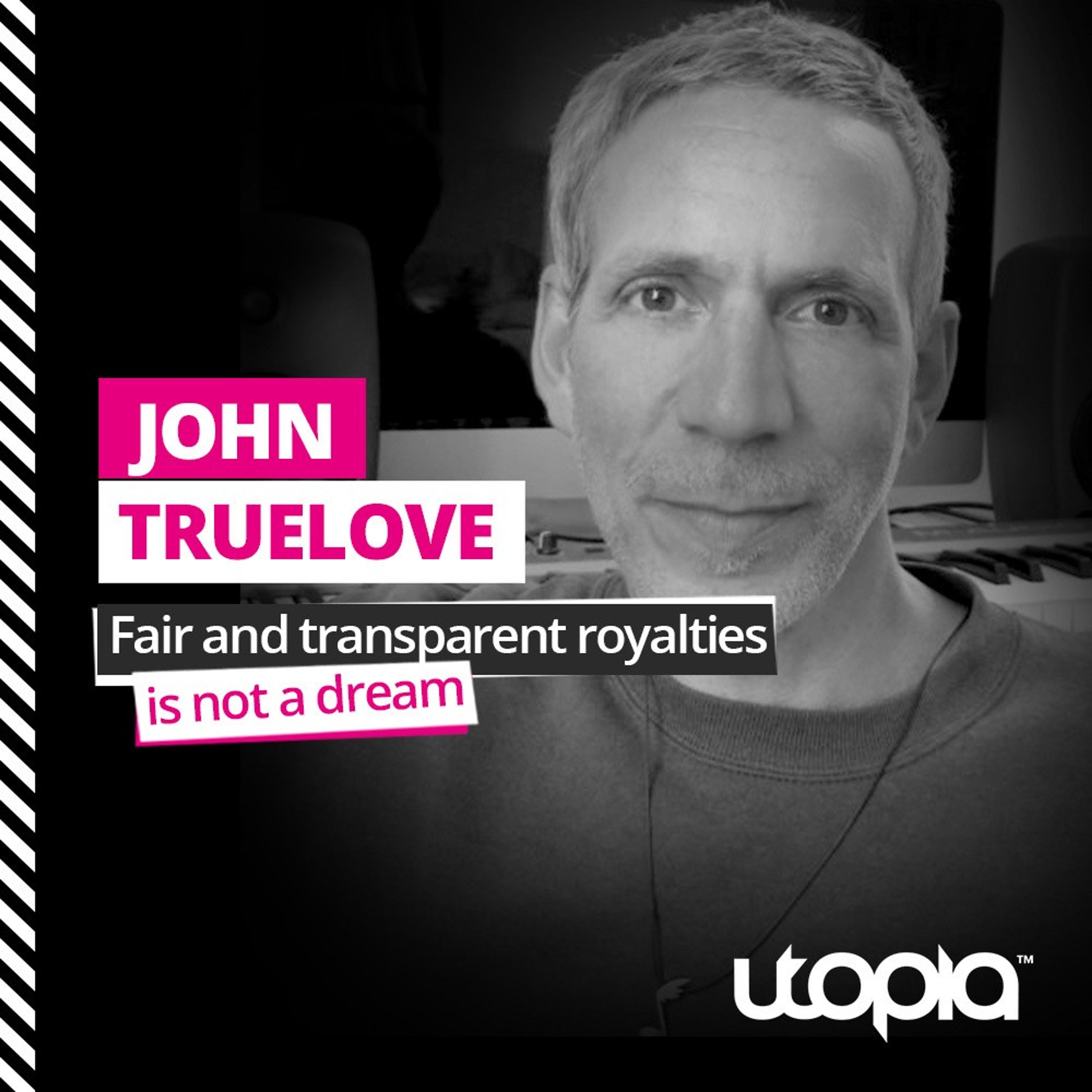 The reason that John became involved in music is simple, he wanted to get into gigs and clubs for free.

“In ’88, I was going out like five nights a week. Getting involved in music was just a way of staying out even longer, really, just having the ability to justify it.” He confesses with a laugh.

From here, John started his career in the early 90s as a record producer. The ‘Truelove’ bootlegs series featured acappella vocals mixed over instrumental dance tracks performed by various DJs as well as himself. He then pressed them up and drove up and down the country delivering them to record shops personally. Seeing the success of one track in particular John set about clearing the rights and then went into the studio to create an entirely legitimate version. That track was the 1991 release of the Source featuring Candi Staton — You Got The Love (Eren’s Bootleg Mix)

Later in the 90s John recalls one day mistakenly receiving a record in the post that was intended for another DJ. The record was Rob Dougan’s “Clubbed To Death” and John instantly loved it. Taking the track, he reworked it into one of the most influential records of the late 90s; ‘You Got The Love’ (Now Voyager Mix). John’s new record again used Candi Staton’s vocal ‘You Got The Love’ this time with orchestral elements inspired by ‘Clubbed To Death’ and was an instant hit, peaking at No3 in the UK charts, and was later famously covered by Florence and the Machine.

“It took me a good six months of tinkering around because I’d never really done anything with strings before or with any orchestral elements. So, it was a huge learning process. I was very proud of what I came out with, and it clearly stood the test of time having been covered note for note by Florence and the Machine of course most strikingly, but loads of other people.”

John and Kristian reflect on how music technology has changed across the last few decades and how it can be used to work towards fairer and more transparent royalty payments.

01:10: Discussing the beginnings of John’s bootlegs

04:00: John’s observations of change in the music industry

07:40: The story behind Truelove Music

15:25: Imagining a future for transparency with royalty payments

Learning from the trends

Throughout the 90s, John was exclusively working with vinyl. He recalls that ‘You Got The Love’ wasn’t even released on CD the first time he released it in 1991. As a result, it peaked on the Singles chart at number 4. However, had a CD release been there to boost sales, it is predicted that the track would have hit number 2.

The reason he opted against a CD was that the distributor said it was considered a “young format” compared to a cassette, and it was considered a risk. Now, he laughs about how a vinyl today is a “chic add-on” to a release and that formats are coming full circle in popularity to enhance a release.

Having set up the Truelove Label Collective in the ’90s, John recognised an opportunity for change in the early 2000s.

“I was very much more on the record side of things throughout the nineties. Then it got to around 2000 and I saw the writing on the wall with vinyl at that stage; certainly, we were already tinkering around with digital. We actually were selling downloads from ’97, I think. I then transformed the business entirely into publishing.”

Truelove Music was founded in 1991. John recalls having to manually register works with performing rights societies, like PRS For Music. There was no online database to check or verify the registration or how a track was performing.

“…You were entirely flying blind. Now we have both the blessing and the curse of technology. It means that obviously you are able to verify everything, but it also means that you’re living under a tsunami of data. The good, the bad, and the ugly. Technology has come a long way and there’s still a lot of ways that it can go forward.”

Know what you’re signing up for

Following the first release of ‘You Got The Love” in 1991, John had expected to see a return in the form of royalties due to the success. However, these were proving difficult to get hold of. There was no way to evidence that the track was being played publicly or ways to measure the commercial success overseas.

Eventually, John withdrew his rights from the major publisher to which he had signed in order to manage his own royalty collection. The decision is what kickstarted Truelove Music.

This is his advice:

“The most important thing is relationships. Make sure that the people that you are signing to, you have confidence in them and they’re talking the same language as you. In my experience, a bundle of money on the table does not promise anything.”

Taking a chance on new technology

John has championed the use of music recognition technology for many years. It was an early prototype of Shazam that first sparked his interest. He recalls:

“[thinking] ‘We now have the technology to bypass all the human error associated with recording and monitoring what goes on. This is transformative!’ I thought at that time, I think it was 2001, 2002? I thought within five years, everything is going to be automated — every single club event, venue, restaurant, cafe, shop playing music is going to have something like this in it and it’s all going to be fed back to the performing rights organisations… and everybody’s going to get paid for the use of their music.”

Since then, he has chaired the Dance Music Committee at PRS For Music, and has been a PRS Board Director since 2017. Here, he drives the agenda for technology rather than manual processes whereby humans collect data by recording setlists; which are prone to error and are expensive and time-consuming.

Instead, John believes that digital music technology can help to automate processes and lead to more accurate royalty distribution.

“Digital fingerprinting is about recording the sound wave and identifying it and then music recognition technology uses that fingerprint to match the music that is being played in the public venue or wherever, to be able to report it back to the performing rights organisation. Then the rightsholders; the composers, artists, record companies, publishers, can be paid for the use of their music.”