Fair Pay for Every Play, Ep 12: Claire Rose on the PROs of PRS For Music

In this episode, Claire Rose joins host, Kristian Luoma, to talk about the UK music royalty collection society, PRS For Music. In her role as Outreach Manager, Claire and her team provide support to songwriters, composers and publishers throughout their musical careers, and ensure that they receive royalty payments that they have earned from the performance of their music. 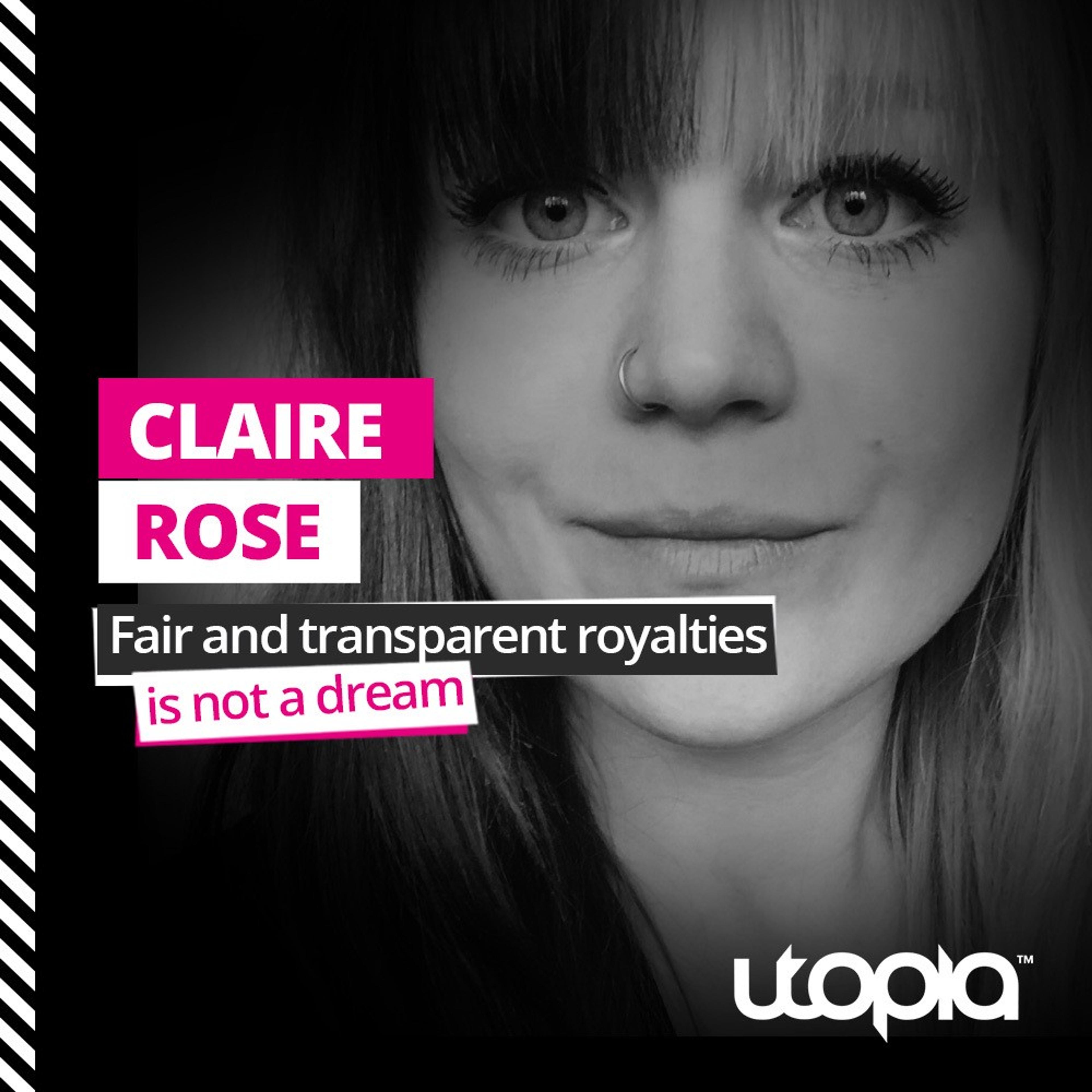 “PRS For Music is basically an umbrella term for two collection societies. There’s PRS, who I work for, and another society called MCPS. We represent the rights of over 155,000 song writers, composers and music publishers; basically, anyone who writes music in any form or genre. We licence businesses who use our Member’s music, so when their music is played we pay our Members royalties for the use of their music.”

Whilst growing up Claire Rose visited the Isle of Wight festival with her family each year and vowed to herself that she would one day work in the music industry. To start, she studied Music and Live Event Management at university.

“I learnt all about PRS For Music and PPL and royalties and how that worked at university. On a whim, I moved to Bristol; I’d never been to Bristol before, but I had a few friends there and thought it was a cool place. It has such a nice music scene and the community there is amazing. I saw a job advertised to look after the West of England for PRS, and everything on the job description sounded right up my street; dealing with Members directly and putting on events, it really appealed to me. I knew I could do it, and here I am seven years later”

Claire and Kristian discuss the right time for a songwriter to join PRS For Music and how that creator can make the most from their membership.

00:00: A little bit about Claire’s background

14:47: Claire’s predictions for the future of the music industry

When to join PRS For Music

Claire suggests that when a songwriter is beginning to achieve radio play or see success in their streaming numbers, or if they are being booked for a lot of live events, it may be worth them considering joining PRS For Music.

To join, a songwriter has to pay a one-off fee of £100 and register on the PRS For Music website. There’s no renewal or subscription service.

“The best time in my opinion to join is when you feel like you’re going to earn back that membership fee in royalties within six to nine months of joining. That’s where my role and my team comes into play a little bit. We’ll sit down with non-members and ask what they’re doing, what they have done and what they have coming up.” says Claire.

To start, Claire recommends that a songwriter registers every one of their works within the PRS For Music Database.

“My first tip would be to register your works (songs) to our database. We have over 30 million works on our database and you as a member or potential member will need to add yours as well. To do that it’s simple, all you need to do is tell us the song title, duration and if there are any co-writers. Once that information is submitted, it’ll take 48 hours to appear and from then we’ll be able to track whenever the song is used on radio, TV, streamed or downloaded, and we can start distributing royalties.”

She advises that there are lots of materials available online to PRS members including guides and webinars on how to accurately register works and how to log live performances with a setlist, as well as assigning any royalty splits for a work.

To make the most out of the membership, PRS also runs several funding initiatives to support artists at the start of their career and also to encourage changes within the industry. Previously artists such as Arlo Parks, Sam Fender and Dave have benefitted from support.

In addition, PRS is currently advocating for a 50/50 gender split for festival line-ups by 2022 for fairer representation of gender.

That is just one of many funds and projects currently being supported. Alongside that is the data run Emerging Talent programme where monthly reports identify members who are breaking through and provide opportunity for them to potentially perform at Glastonbury Festival. PRS then offers these artists one to one meetings to help them maximise their PRS account.

“There are a number of different funds to support emerging artists throughout their music career… We also have the Keychange project, launched in 2017 it aims to empower women and gender minorities to transform the future of the music industry.”

The future of streaming

Towards the end of the episode, Claire discusses the recently released report on the ‘Economics of Streaming’ by the Digital, Culture, Media and Sport Committee.

MPs are examining the economic impact that streaming is having on artists and the sustainability of the wider music industry.

Claire says that PRS For Music is focused on ensuring that the value of songwriters, composers and publishers is properly recognised, and their rights are fully protected.

“With streaming, there’s so much more we can do as an industry… it’s the predominant way to ensure that fans can access music in the foreseeable future. It basically works for all parts of the music industry and is fostering and supporting growth, innovation and creativity.”