On this week’s episode of Fair Pay For Every Play, Kristian Luoma is joined by Utopia Music’s Chief Data Officer, Paul Gathercole. 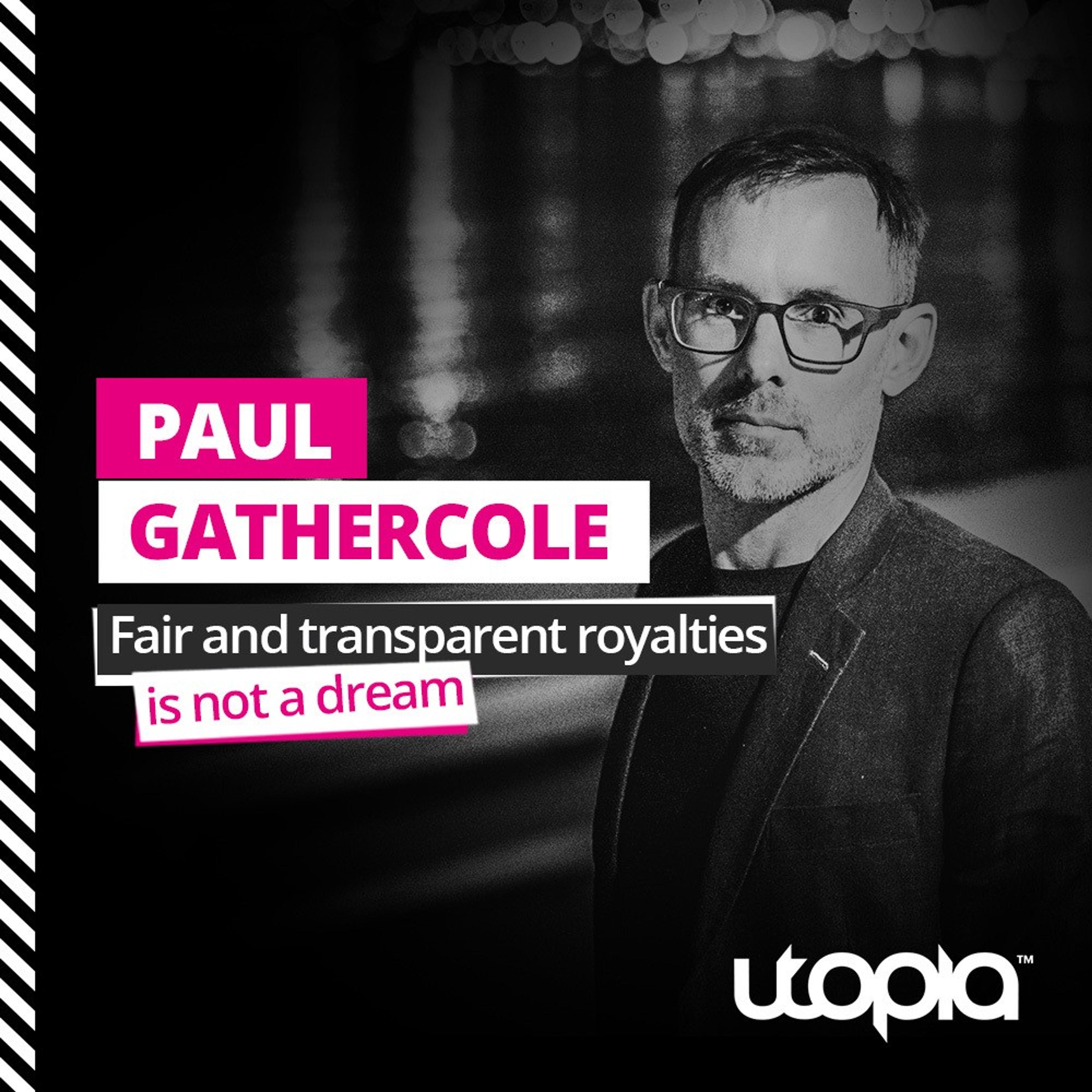 Recently appointed into the role, previously Paul led the EU Commercial Insights function at Amazon before then founding the team responsible for Prime Video’s global metric governance and data layer.

However, Paul’s love for entertainment and music was rooted in his work prior to these positions. Earlier in his career, he spent time at Universal Music Group where he built the Global Data Science team. This made it easier for artists to take control of their data.

As a musician himself, playing improvised music as part of a band, Paul knew how important this was.

“I’ve always loved music, to the point of obsession. When I was growing up it never felt like an option to go into the music industry to work. I feel like the kind of career option and feasibility is much wider today, which is a great thing.”

Now responsible for the integrity and evolution of Utopia Music’s data asset, it is his job to ensure it aligns with artists receiving fair pay.

“If you work on something you love, then you actually don’t work at all.”

The conversation with Paul has been able to be broken down into key learnings based on his experiences innovating the arts and entertainment industry and the data we now have access to in order to understand it.

11:38: Where is there room for further innovation?

13:23: Discussing the issues with incorrect meta-data

18:04: Final advice from Paul for artists to use their data

Throw yourself in to being part of something new

Paul explains how much of his career has been based around either joining a start-up company or leading a project or team that is completely new and in response to a shift in the industry.

During his time at Universal Music , his role was initially focused on content protection and monitoring piracy. But over time it was he and a team of interns who were able to build dashboards providing the record labels with datasets that they never had before.

“It’s about having blank canvases and filling them in over time.” He says, referring to “lightbulb moments.”

However, Paul didn’t have a year by year plan on how this could develop, rather they were able to see where the data took them.

“We got so far with smart, keen interns and young people really early on in their careers who proved themselves.” These interns later became full time member’s of Paul’s team.

Ten years ago, Paul first presented data to record labels that they previously had to wait weeks for — from streaming platforms, ticketing and record sales. Culturally, this shaped the landscape of how labels and artists could monitor the success of their campaigns.

“For the first time at the label, you had the ability for artists and managers working effectively as a team with the alignment around data to create success for the artist.” Paul says, explaining that Universal’s Artist Portal granted them access to the same information at the same time.

“It took a lot of courage, and I’m really grateful for the labels and label presidents who got behind the initiative. While 10 years later it doesn’t feel revolutionary, it was a moment in time where something shifted in the music industry.”

Kristian and Paul discuss the importance of metadata and ensuring it is correct so that fair pay can be collected by music creators. Whilst there is “no silver bullet” and the music industry has tried many approaches so far, Paul believes that first there needs to be some education.

Right from the studio phase, every individual’s priorities need to be aligned and incentivized, he says. People should be asking; what does it mean for them, how do they get paid, when do they get paid, and how does metadata increase their chance of payment?

Paul would wish that everybody involved in the creation and release of a track understood metadata and the importance of it being a good quality. This should include the artists, performers, representatives, and the royalty collection societies to have the confidence to question incomplete data and edit it.

The same education should be applied to registering new works.

“I’m really optimistic. I think technology can and will help us and companies like Utopia Music have a huge part to play in that.”