Fair Pay for Every Play, Ep 17: Exploring the metaverse with Miikka Rosendahl

Following recent news of Facebook rebranding as Meta, Kristian Luoma is joined by Miikka Rosendahl to explore the concept of metaverse and the impact it could have on popular culture. 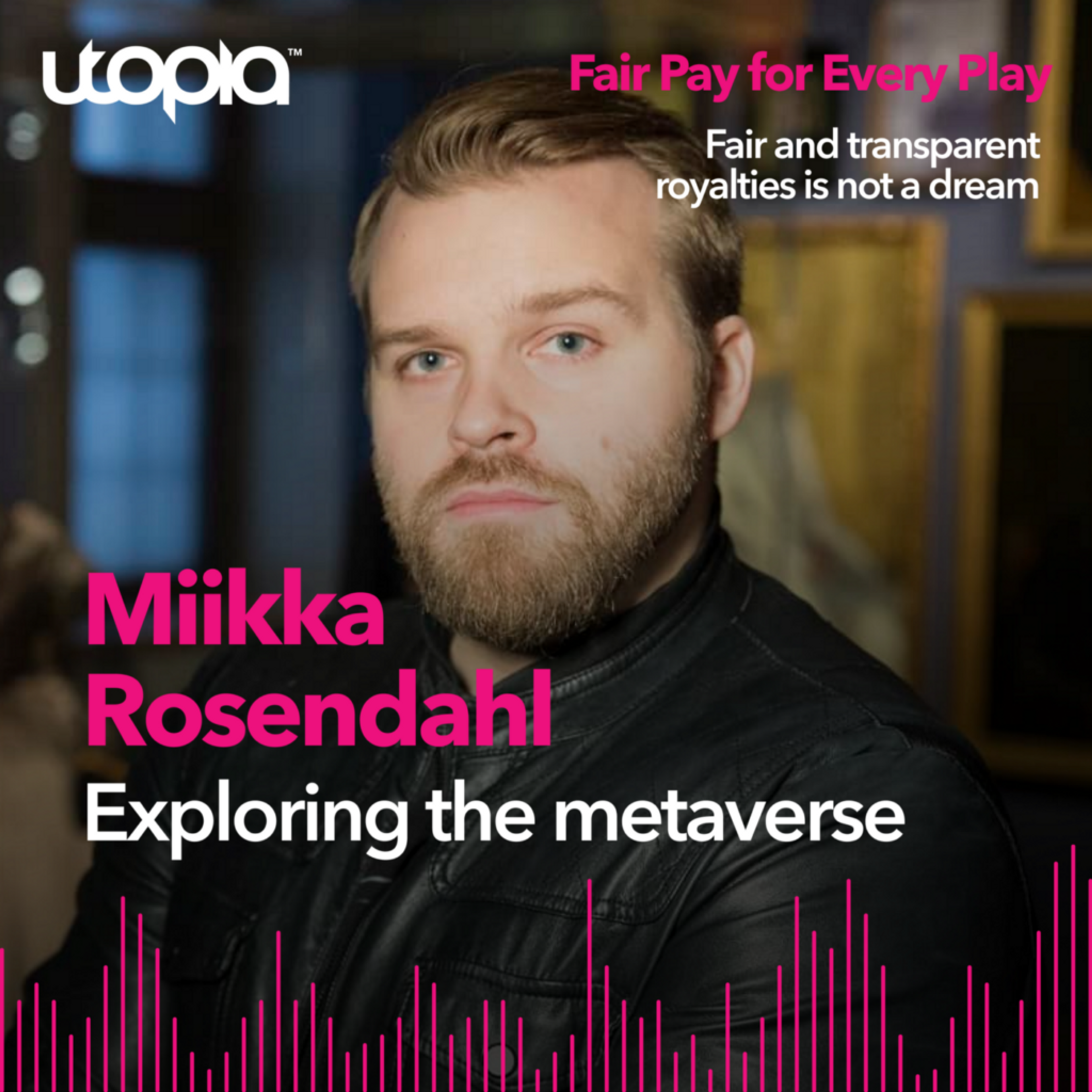 Miikka is the CEO of ZOAN, a leading European virtual reality studio that creates virtual worlds, events and content. He has always “loved inventing things and putting together high-quality graphics.” and says that founding the company 11 years ago was building a “canvas of being able to fulfill the urge to create stuff with exciting new technologies.”

Virtual and augmented reality has the potential to be a game-changer for the music industry. This has been highlighted by the wide adoption of the technologies as a means to connect during the pandemic. The idea of a metaverse is surfacing to public consciousness.

“My favourite definition of ‘metaverse’ is that it is more of a time than a technology concept. This is in the same way we use the term singularity when AI passes human intelligence. So ‘metaverse’ being a time concept is when our life in virtual worlds becomes more valuable than in the physical world, meaning that you would spend more money on virtual tennis shoes compared to the real ones.” says Miikka.

The technologist and creative made headlines towards the start of the pandemic last year when ZOAN created and delivered a virtual reality event to celebrate May Day in Helsinki. The first of its kind live concert featured the country’s most popular band, JVG, and reached almost a third of the population.

Kristian asks Miikka how the music industry may utilise virtual reality and the impact it could have.

00:00 — Introductions to the show and guest, Miikka Rosendahl

04:35 — Opportunities for the music industry to utilise the metaverse

12:05 — How music fans may be able to interact in virtual worlds

Build authentic experiences to be enjoyed

Virtual reality technologies can produce a “profound experience” due to “adding another dimension” for users or viewers.

ZOAN’s May Day concert was an experience that combined a live concert, game-engine-based virtual reality and streaming, in lieu of a physical event that would have usually taken place. In addition, viewers could take part in the gig by using interactive avatars.

Miikka explains: “For us it’s very important that everything that we produce is high quality; so that it’s meaningful and realistic. In the metaverse we are wanting to create a photo realistic look for everything, whether it’s a real-life city or a representation of an artist’s metaverse. It’s the possibility of creating something that couldn’t be done in the real world.”

However, he stresses the importance of the metaverse feeling as authentic as possible. In response to this, the event was designed so that the performers could see the audience’s avatars and respond to them. This was a bid to build “a two way interaction between the band and the audience.”

“There was a magical moment when the concert was about to start. There was a huge projection mapping screen in front of the artist. We were able to have a peek from the side of the stage. Then the avatars started to pop into the virtual square, it felt magical. Real users were ready for the concerts and the viewing figures were going up.” Miikka recalls.

Making an experience out of a music release

As a result of digital distribution, album artwork has become a lost art form in a way. Music fans who own physical releases often appreciate owning physical copies of the artwork that an artist would have invested in. Similarly, music videos held the same acclaim when watched as a copy.

Virtual reality offers artists an opportunity to dive deeper into their creative vision, and for fans to immerse into it and form a greater appreciation.

Miikka says: “We can create entire worlds based on a song or album or tour, and that is a very exciting possibility that you could actually visualise everything coming from an artist’s imagination. That is what we want to do. We want to let our imagination go wild and create something visually astonishing.”

With this comes the opportunity for investment in NFTs.

Online gaming platforms have become commonplace to socialise and meet with friends and with people from around the world. Collaborative playing tools and communication features allow gamers to socialise as they explore a gaming world.

Facebook’s rebrand has brought the idea of metaverse to public consciousness. Miikka sees this as an opportunity for the music industry to develop.

“I think [Facebook’s rebrand] is great for the whole industry. Before Facebook announced they were becoming a metaverse company, we were still a bit afraid about using the phrase ‘metaverse’ because we felt like clients and partners were unfamiliar with the term. Now Mark Zuckerberg has made it a mainstream understanding, which is great for us.”

With mainstream understanding and support, the music industry could benefit from marketing opportunities, reaching new and larger audiences and creating deeper appreciation of music and the creative vision.