Fair Pay for Every Play: Episode 1, Göran Andersson — Can fair and transparent payments be achieved? 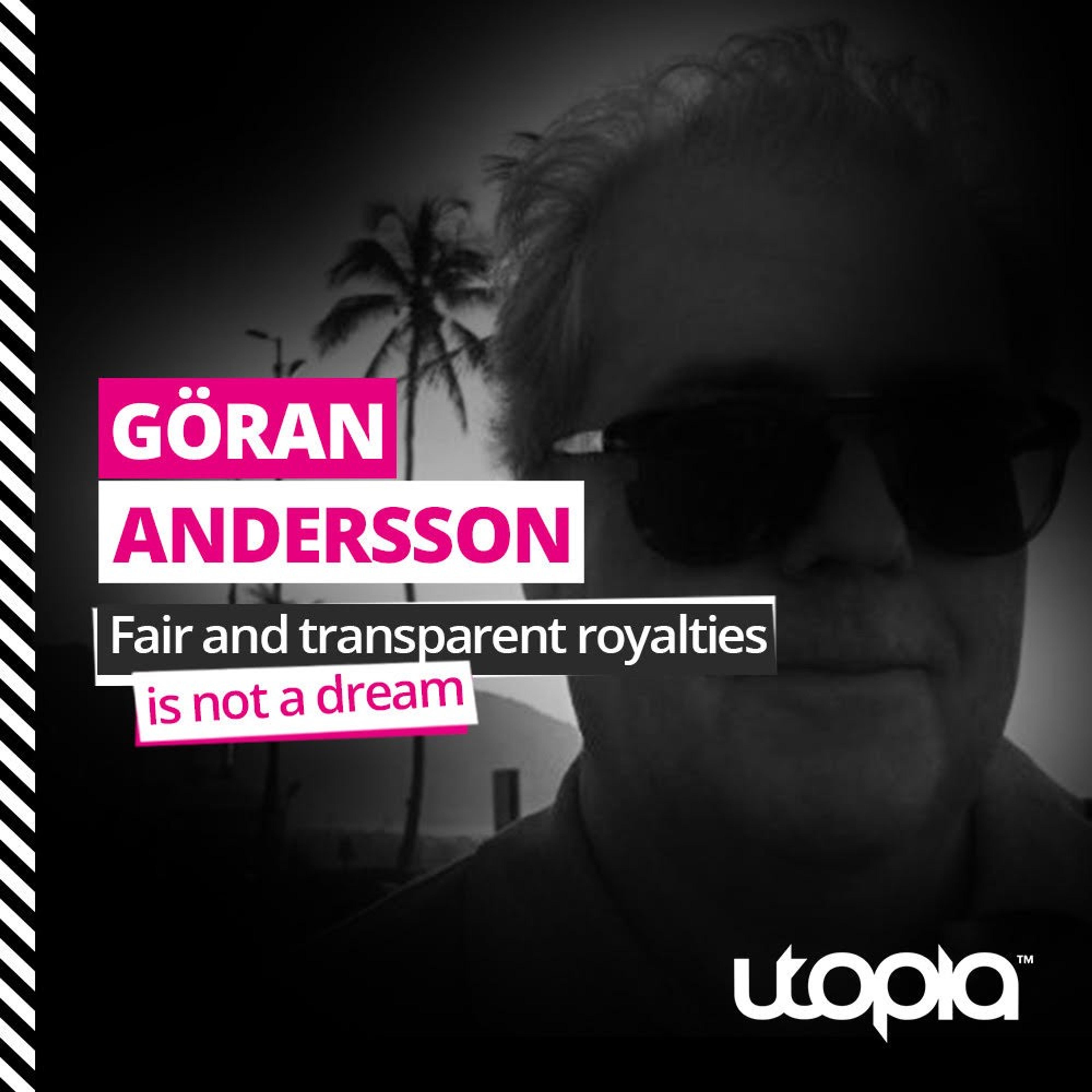 Within the recorded music industry, there is often confusion surrounding who owns the rights to a recording and when. However, there are potential solutions to ease this and allow better tracking of when a recording is broadcast. In particular, Luoma and Andersson discuss stronger tagging of metadata. Ultimately, this would allow more accurate distribution of royalties to the creative people whose work is being used.

With over 30 years of experience in the international music industry, Göran Andersson has seen first-hand how digital innovation holds the potential to create a much more dynamic landscape for music creators. It can help bring about a fairer and more transparent marketplace.

Göran started his career producing Swedish talent with leading independent label, Silence Records. From there, he co-founded BILDCIRCUS, which is hailed as Scandinavia’s largest multi-media arts extravaganza. In 1983 when he relocated to New York, Andersson co-founded pioneering label, BLACK MARKET Records. The label is famed for their dance-oriented world music repertoire, that hones Andersson’s belief that music truly transcends languages and allows listeners to travel and explore the world.

Since, he has produced over 100 albums, launched television shows, and more recently began work as an international consultant for major record labels and leading independents to negotiate licensing agreements.

We had Göran sit down with Utopia’s Kristian Luoma to discuss this very important topic. Here’s the notes:

00:00 — Welcome to Utopia Insights and introduction to Göran Andersson

01:35 — Andersson summarises how he fell in love with the music industry

05:57 — The importance of metadata and what it can tell a consumer about a song

09:45 — Discussion of using metadata for a more fair and transparent music industry

12:00 — The predicted effects of centralised metadata

14:40 — How metadata can affect algorithms and the discovery of new music

We have extracted the key parts of the conversation and summarised them below.

Back when Andersson started his career in the music industry, it was the 1970s and release day was Tuesday. Every week, you could visit your local record store and find the latest records. If you were a regular, staff would recommend new singles or LPs to your taste, and you could ask the in-store DJ what they were enjoying that week. You could walk into a sound-booth and have a test listen, before physically taking your purchase home to play to the family. Sounds a little different to the Spotify Release Radar we are familiar with today.

In 2021, Andersson estimates that 50,000 recordings are released daily. Due to digital enablers like home recording and digital distributors, it’s never been easier to release your own sound recordings and add them to a seemingly never-ending library.

“I think it’s important to understand the ecosystem, the foodchain. Today, another 50,000 recordings will have been released globally. A lot of those come from artists that are basically in control of their own reality so they can record their music, claim ownership of it and release it. For them, it is very quick. It’s also very simple in these cases to know where your music has been played. Services actually provide this to you and you can be paid your royalties.

“If you look at how most of the money is actually flowing, it is still through record companies and music publishers.”

Whilst a small proportion of the recordings may be from major players in the industry, they quite often dominate the monetary value to be earned from their releases. For these recordings, the copyright quite often flows through record labels and music publishers. As a result, the artists themselves do not always know where their fans are or how their royalty is generated. Consequently, there is a lack of transparency for the creators.

Contractual relationships can often confuse things further and often lead to a delay in information gathering. This in turn results in a delay for music creators in receiving their royalty payments and enhances a risk of money landing in the wrong hands.

With so many recordings released each day, the music industry is faced with a challenge. To fairly distribute royalties, we must be able to keep track of where these sound recordings are being played; both around the world and in the global digital landscape.

Metadata as the new, improved track and trace

Metadata is a set of data that describes and gives information about other data. When a consumer is presented with a sound recording, they can see: the title of the song, the artist’s names, and sometimes the lyrics. However, the metadata that is crucial to ensure the creators are paid is a list of the relevant stakeholders.

Andersson suggests focus should be put on ensuring recordings are correctly formatted and labelled with details of the performers, record labels and rightsholders at inception. This would allow for the plays of the recording to be tracked and the royalty to be fairly attributed.

“The thing to do would be from inception, even before the recording is released, is that you dress the recording in the proper clothing. This should be metadata that can be completely tracked and accounted for everywhere.”

The challenge however is that the clothing changes over time. It is rare that a recording will wear the same “outfit” for its entire life. The recording may change its look completely when being played in a different territory. So this metadata needs to be updated and regularly maintained.

This leads on to Andersson’s second point. For fairness and transparency, there should be a centralised platform where this metadata is stored.

“I truly believe from my experience across the industry, that everybody is realising we need to have one place to go [to update metadata]. Almost like a clearing platform where everyone would participate to make sure that the metadata that relates to their copyright is accurate.”

As a concept, it sounds relatively straightforward. There are, however, consequences, challenges, and opportunities to be unlocked.

The chain reaction from better metadata

Andersson recalls when iTunes first started out as a digital download store, there was one member of staff overseeing the copyright legalities. Quickly, that team had to expand with the demand. In turn, record labels had to form teams devoted to checking the platform for uploads that belonged to them.

Due to the growth of the digital landscape, within the music industry there are many people working administrative roles. These roles, debatably, could often be automated. Whilst automating processes sees a very real threat of job losses, it could also reduce risk of human error being made in manual, repetitive work.

Perhaps more innovative companies would take the opportunity to utilise their employees in more dynamic ways. For example, they could use better quality metadata as an opportunity to market sound recordings to specific sets of consumers.

“When done well, metadata can be completely tracked and accounted for everywhere. The landscape is always going to change, so we have to try and build into the metadata where and how the music will be consumed in the future.”

Recognising that a sound recording can easily make its way into the ears of anybody, anywhere in the world, there is opportunity for marketing professionals to use metadata to better inform algorithms.

Currently, we are provided with suggested songs that sound like what we listen to (as Kristian can attest, he’s been listening to sleep playlists and now his Release Radar is full of lullabies!). However, we’re not often made aware of new releases directly from the core artist. As a result, fans are missing out on hearing what they want to, and artists are missing out on having their fans hear their work.

“We need to connect the smart technologists with people that understand how the music industry works, to really identify where there is a real need for real solutions.”

So, there it is. Metadata has the potential to easily track where music is being listened to, by whom, where and how. As a result of well formatted metadata, there is more transparency as to who owns the copyright and a fairer distribution for that play.

To listen to the episode, head over to where ever you listen to your podcasts: