Fair Pay for Every Play: Episode 3, Vito Ingrosso — How Vito Ingrosso Found Power in Performance and Regained Control over Contracts

Vito Ingrosso joins Kristian Luoma in this episode of Fair Pay for Every Play, and together they discuss how the expectations and experiences of being an artist has changed over the decades. In the 1980s and 1990s, performing artists and record sales were at the heart of the music industry. Today, artists are deemed successful based on their streaming numbers and publishing deals. 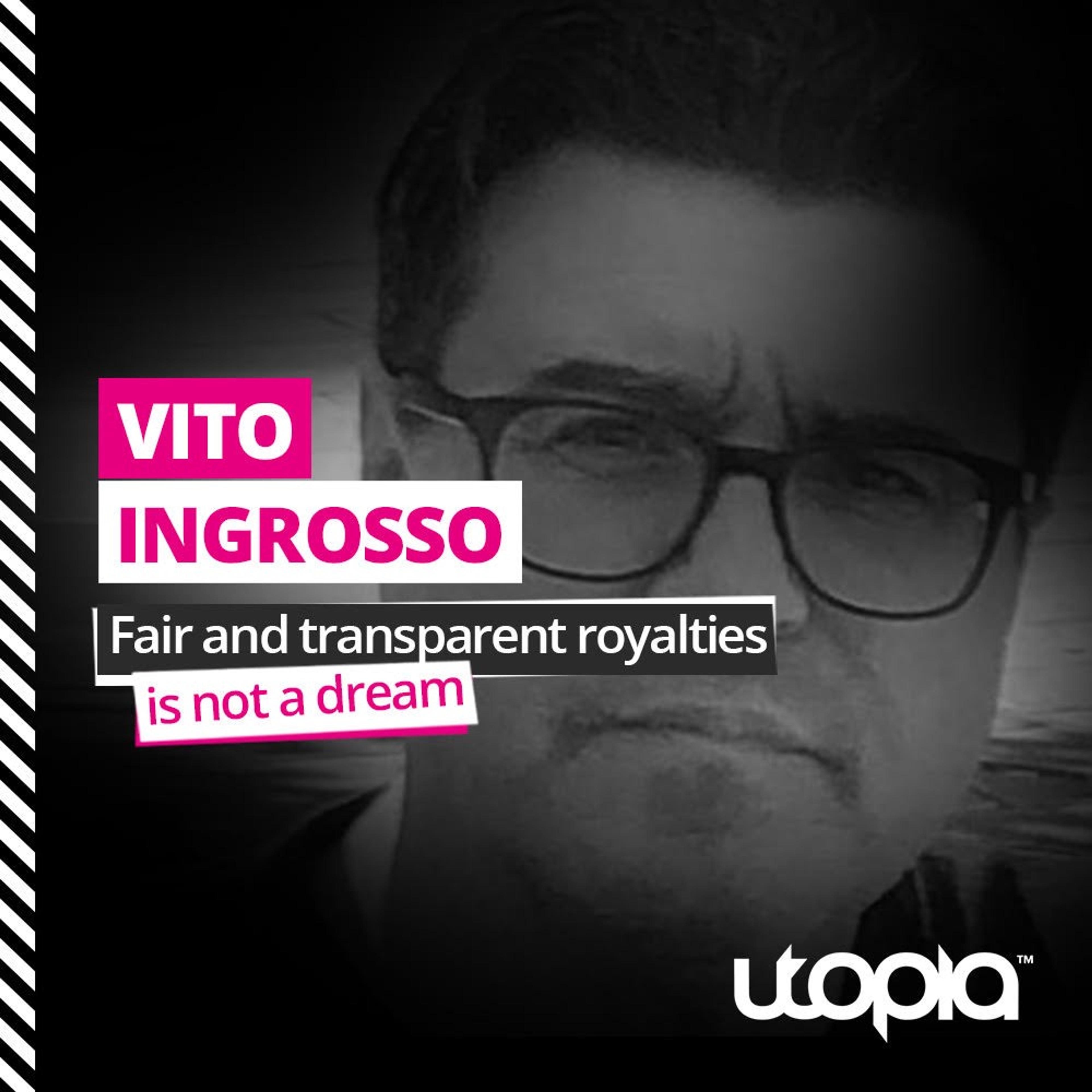 A renowned dancer and choreographer, Vito made a name for himself performing on TV and on live stages throughout the 1980s. In doing so, he was inspired to make music for his own shows. His love of pop music — the magic of Prince, in particular — and knowledge of that genre led him to be one of the founding members of group, Bad Habits. Later, Vito acquired a taste for electronic music and went on to run his own record labels.

Together, Kristian and Vito discuss how the performance industry has evolved over the last forty years and how artists should protect themselves when trying to make a living from making music.

01:03 — Welcome to Fair Pay for Every Play and introduction to the guest, Vito Ingrosso

02:00 — Vito discusses his career to date and what inspired him to start making music

03:44 — Hypernature and the power of performance

13:00 — How the digital age has made it easier to track plays

20:35 — Vito’s most memorable collaborations with artists

We have extracted the key parts of the conversation and summarised them below.

The Power of Performance

In the early ’80s, Vito formed a group called Hypernature with band mate Joachim Höve. The two joined forces over a mutual love for music and for performance. This derived from an extensive career as a dancer accompanying powerful pop music performances.

“Hypernature was a group that me and Joachim Höve built together. Why we built that group was firstly the music, and also for the performance. We did a show in 1988 that was successful in Stockholm. It was so successful that every Tuesday in Stockholm we had 900 people buy a ticket to come and see the show at Melody; the biggest theatre in Stockholm.”

During this time, public performance royalties occupied a much greater share of the music industry than physical purchase did. Performers such as Madonna were reigning due to their ability to bring an album to life.

The success of Hypernature’s show was credited to the live experience that they strived to deliver to audiences by combining audio and visual art. Vito recalls how on one occasion, one of David Bowie’s dancers travelled from LA to Stockholm just to watch the show.

Another time, the pop icon, Prince, bought a ticket! Little did he know that it was his music that first inspired Hypernature to specially compose music for a performance, and then release it separately as a record.

Following the run, the group released a new album, In Memory Of The Ritual. It is arguably the first techno album that was released in Sweden, and again it was built with a show in mind. The innovative approach to releasing records attracted the attention of artists, producers, and labels in London.

“We spoke about royalty splits before we released the music. We decided, how are we going to split this? Otherwise, we would have ended up being enemies afterward. You don’t want that with your friends.”

Vito recalls how as a duo; it was extremely important for him and Joachim to discuss the business of music in a straightforward and transparent way. For them, it was important to do this before releasing a record to ensure fair payments and maintain both a professional and an emotional, personal relationship.

However, contracts were not drawn up between Hypernature and the record companies and to this day Vito says that he does not receive royalties for plays of his music on platforms like YouTube. Unfortunately, this problem draws back to the ’90s where Hypernature celebrated many chart-topping hits, including fan-favourite ‘Kaos’, but did not receive a single royalty for the success. The reason for this is because there was no way of tracking the performances and proving the song was used.

“We did not have lawyers; we didn’t have anything. We just said ‘oh, okay… Everything is easier now. Now that everything is digital, you can follow your plays. In that time, the 90s, it was all printed records.”

More recently, Vito launched his own investigation into the missing royalty payments by approaching the record label and publishers. As part of this, he asked for the label to provide information about where his music was being used to generate an accurate royalty. He was rightfully successful in his fight for fairness.

However, not every artist knows their rights and what monies they are entitled to. Nor do they have the resources to afford legal assistance if they require it. Vito and Kristian agree that there needs to be a transparent and fair system in place to ensure royalties are paid correctly to the right people at the right time.

Vito concludes that to better protect themselves, artists working with publishers and record labels should ensure they have access to information and that they receive evidence of reporting where their music has been used. If they are working as part of a creative collaboration, the royalty splits should be decided ahead of release. This should be written into any agreements as standard.

“Record companies today only want to sign the deeds if all the papers are together. They don’t want to have lawyers coming knocking on the door and saying they have an artist with a manager calling them, and the record isn’t cleared. They are afraid because people love to sue record companies today… It’s a lot of work to get paid.”

Vito explains that the best thing an artist can do to protect their music, is to protect themselves at the earliest stage. This involves the points discussed previously and tracking their own streams as much as possible independently.

“Before you release a song, you need to protect your music. You don’t need a publisher in the beginning, it can wait. First you need to prove yourself and that your music is streaming. When you upload to Spotify or Apple Music directly, you’re protected there because you can follow the streams. The streaming services have to show you your numbers. When you get to 50 million streams or however many streams, that’s when you should go to a publisher. The publisher can protect you and help you to collect more money from other places.”

Publishers quite often give their focus to established acts who have proven to be popular based on their streaming figures and regular airplay.

Unfortunately, for smaller acts there is simply not enough manpower to in essence fight for your royalties. As a result, there are delays to royalties when music is played on radio or TV. In addition, the resource may not be provided to actively look for uses of music in other territories. This can be damaging for artists who may have built up their streaming platform by successfully reaching audiences overseas.

Vito explains the importance of an artist having sight of their own successes and keeping track of how their music is being used. Streaming services often provide insights and analytics tools for artists to see how each of their songs is performing and where it is being played.

These insights should be used to inform an artist’s decision of what the next step should be for them, and what they should expect to be paid from it.

To listen to the episode, head over to where ever you listen to your podcasts: