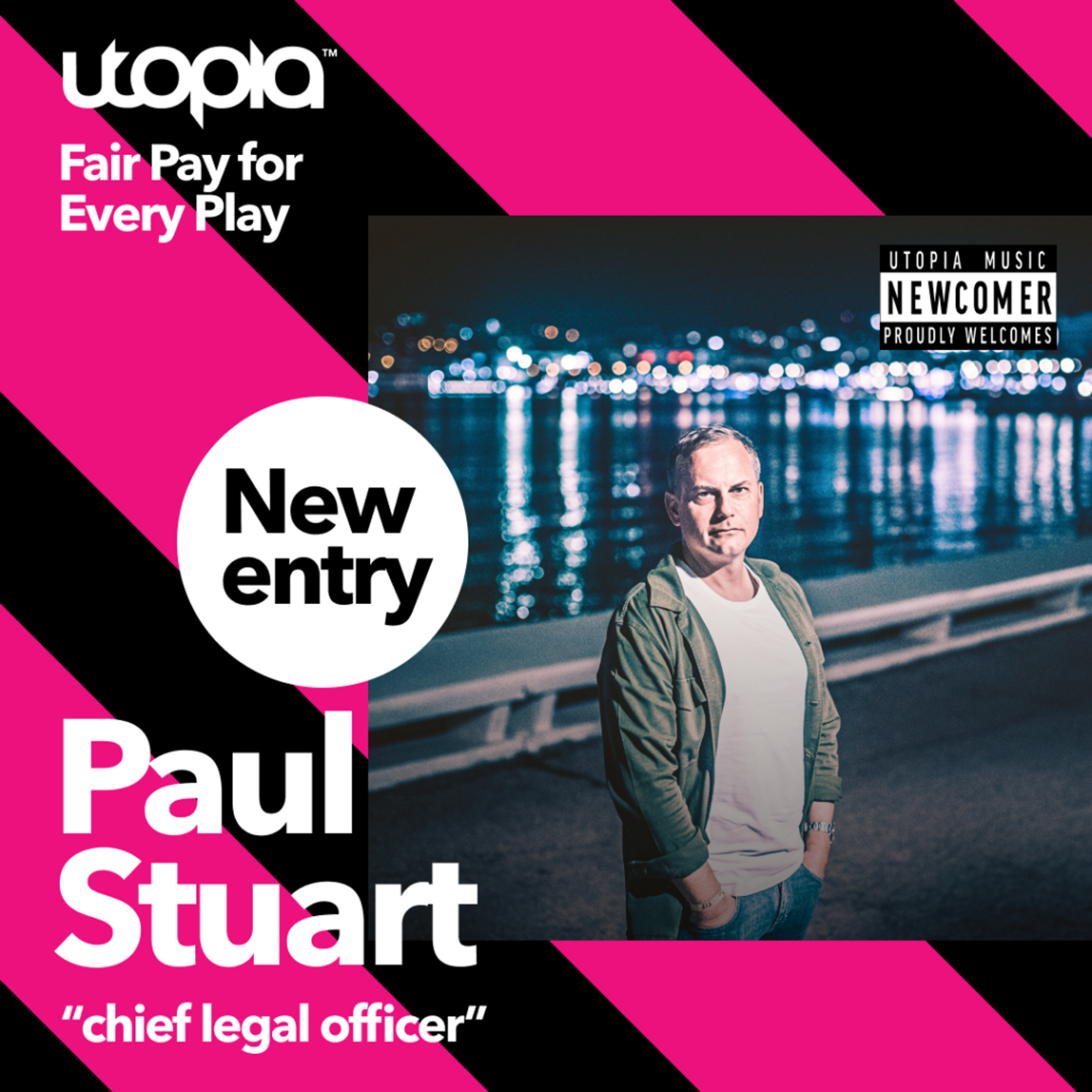 Stuart will be heading Utopia Music’s legal team, dedicated to providing the legal framework and counsel to ensure Utopia’s solutions and services enable growth for the entire music ecosystem.

He joins Utopia from Soundtrack Your Brand (previously named Spotify Business) where he was General Counsel and Head of Business Affairs. Prior to that, Stuart held senior positions at EMI Music in Sweden and video streaming platform Magine Pro. He started his career at leading Nordic commercial law firm, Mannheimer Swartling and also spent time serving in the Malmö District Court.

Stuart said: “Utopia is on one of the most interesting missions around - creating a fair, industry friendly and transparent music ecosystem. I am very happy to be jumping on board as Chief Legal Officer. Despite the explosion in deep tech innovation and despite regulatory change, a major challenge in the music industry is still the quality and flow of data, something I have experienced myself first hand during my 15 years in the music business, both at the major label and on the DSP side.”

Utopia CEO Markku Mäkeläinen said: “Paul brings years of experience with copyrights and music industry legislation, making him a crucial addition to our team and in delivering on the Utopia mission of securing Fair Pay for Every Play. We’re delivering an infrastructure to the music ecosystem that will secure and support Creator Rights on their entire lifecycle. Building out our world class leadership team to get ready to scale and seize the opportunities at hand is paramount. Paul’s seniority, drive to serve the wider music industry and his immense passion makes him a paramount ingredient to be able to create a better world for music through Utopia.”