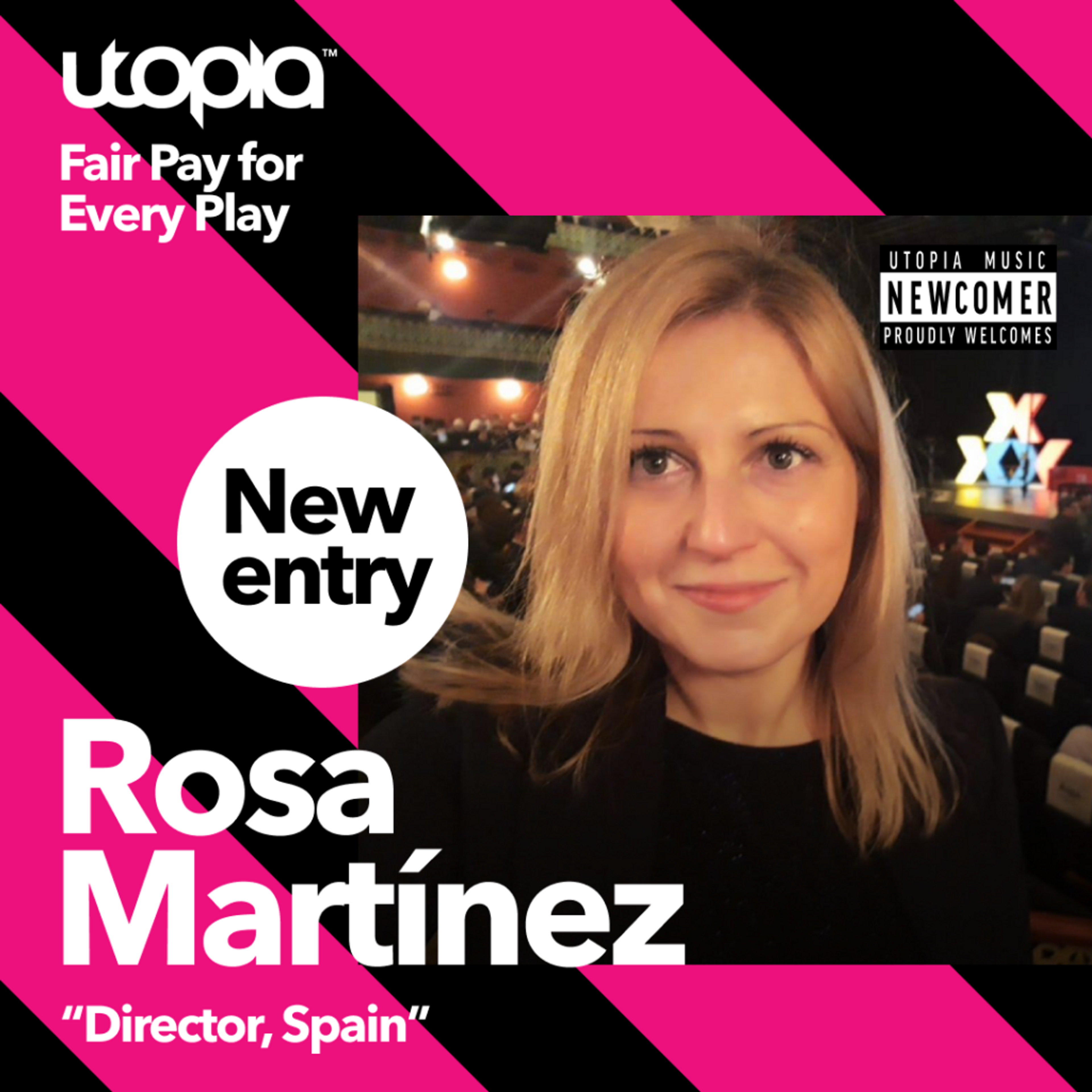 Martinez will be in charge of setting up and rolling out Utopia’s activities in the market. She reports to Neri, who leads the firm’s operations and is responsible for expanding its international office footprint.

“We are very excited about Rosa joining us as a key hire for Utopia Music Spain,” said Neri. “Her strong background, reputation, and work ethic will surely help us unlock the true value of Music in the region. Plus, her vast experience and knowledge of the British Music Industry will help us bridge the gap between both territories and open new doors to the global dominance of Spanish Music. We look forward to continue our expansion and ensure we deliver ‘Fair Pay for Every Play´ on a global scale.’”

Rosa Martinez was born in Spain, but moved to London in 2001 where she built a successful career in the Music Industry spanning over 20 years. Last year, she worked on the launch of Concerts for Climate for Project Zero. Previously, she was European marketing director for AXS, where she created tour marketing campaigns for hundreds of artists including Taylor Swift, Andrea Bocelli, Miley Cyrus, Michael Bublé, Ed Sheeran, and The Rolling Stones, among others. She held executive roles at two other ticketing companies, Ticketmaster and CTS Eventim, where she managed digital distribution partnerships. In 2011, Martinez joined forces with Planet Rock radio to create Backbeat, an agency focused on data-enabled entertainment and brand partnerships, that pioneered the use of RFID and NFC at concerts and festivals. She has worked with Samsung, Jaguar, McDonalds, P&G, Caffe Nero, Capri-Sun, and Ribena on their Music strategies, always seeking to generate incremental revenue opportunities for musicians. Martinez’s extensive career also includes roles at BMG Music Publishing and PRS.

“I’m so excited to be joining Utopia and Roberto’s team,” said Martinez. “I’ve dedicated most of my professional life to unlocking revenue streams for Creators and their teams. So, when Roberto invited me to join and shared the company’s vision, I knew ´Fair Pay for Every Play´ was something I wanted to be a part of. Plus, it’s a huge honour for me to come back to my country and work for the Spanish market.”

Martinez graduated from the prestigious University of Murcia with a B.A. in Music and Education. She remains linked to the institution as an organiser of MUCA, an international congress about Music and Technology attended by musicologists and researchers from all over the world.