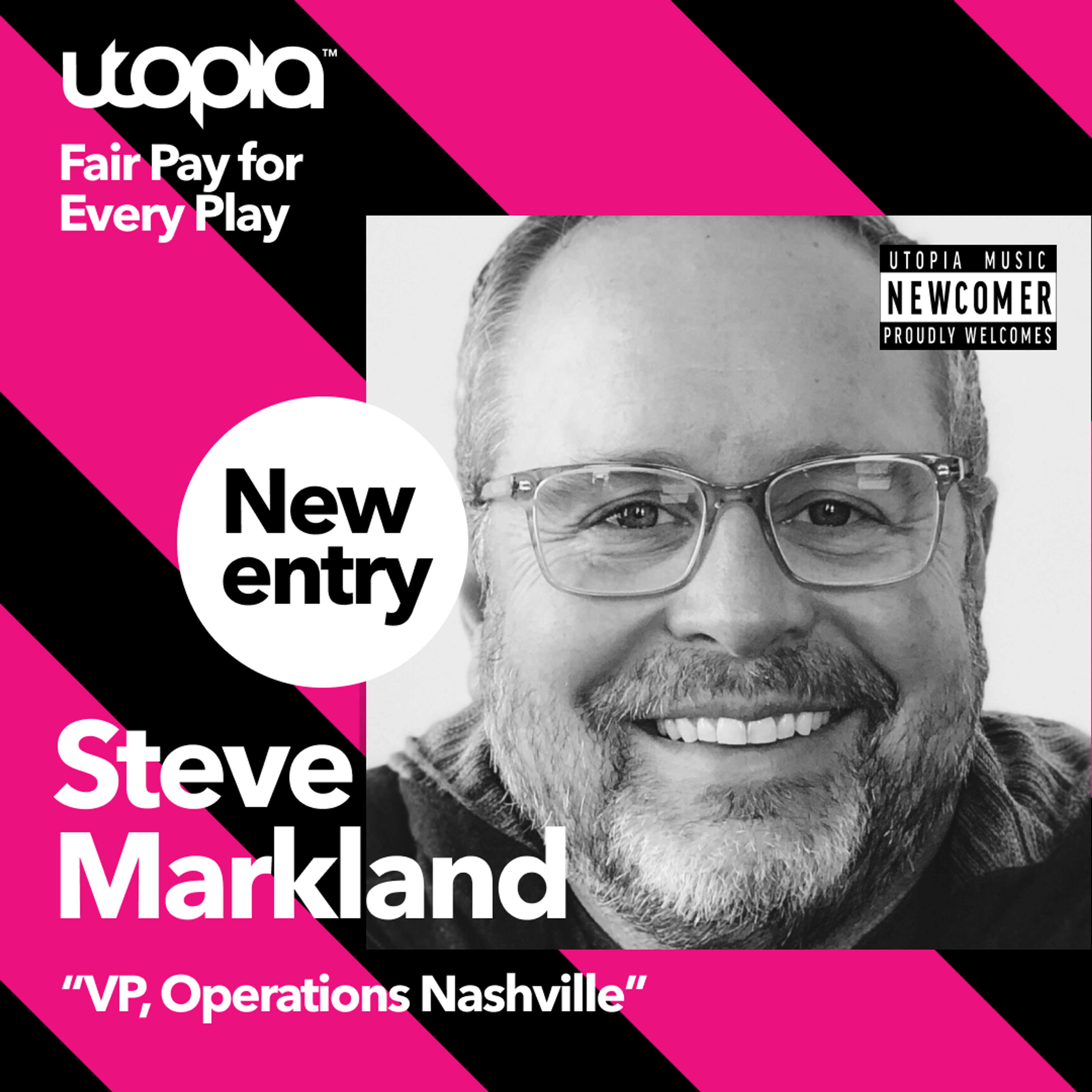 Zug, Switzerland, February 15th, 2022 – Utopia Music, the Swiss Music fintech company, announced that Steven Markland will join the company as Vice President for Nashville, helping the company expand its US presence in one of the world’s most exciting Music Cities.

In his role Markland will be responsible for setting up and rolling out Utopia’s activities in Nashville. He will report directly to Utopia Music COO, Roberto Neri, who leads the company’s operations and is responsible for expanding its international office footprint. Working alongside Markland is Natalie Osborne who will be joining at the same time. Osborne was fundamental in helping sign and develop artists at Downtown Nashville such as Yola Carter, Madi Diaz, Fancy Hagood, Sarah Buxton, Lucie Silvas, the Brummies and more. She also was a key part of developing the successful international writer travel program, Writer’s Across Borders.

“We are so pleased to welcome Steve and Natalie to Utopia Music,” said Neri. “I have known Steve for many years and throughout his career he has worked passionately for Nashville’s Songwriter and Artist community, championing local talent and growing the city’s global profile as a Music destination. Steve’s commitment to Creators chimes perfectly with Utopia’s mission to deliver ‘Fair Pay for Every Play’ on a global scale and we are so excited to start this journey with him.”

Markland has nearly three decades of experience working with Songwriters, most recently in his role as Executive Vice President Creative, Downtown Music Publishing, Nashville. Prior to joining Downtown, Markland served as VP of A&R, Nashville at Warner/Chappell Music. From 1996 to 2006, he was Vice President Creative Affairs at Windswept Music Publishing. He began his publishing career learning from veteran Pat Higdon at Patrick Joseph Music in Nashville. A native of Ohio, Markland started in the Music Industry as an intern at RCA Records while attending Belmont University in Nashville.

“I’m delighted to join Utopia on its mission towards ‘Fair Pay for Every Play’ and ultimately create new income streams for Creators,” said Markland. “Utopia’s vision is to focus on all sides of the Music Industry in a way that will immensely benefit Writers and Artists. As the number one Growth Partner worldwide Utopia will leave a lasting positive impact on the wider Music ecosystem.”