Utopia appoints Alexandra Sufit to lead the charge of its diversity, inclusion and equity efforts 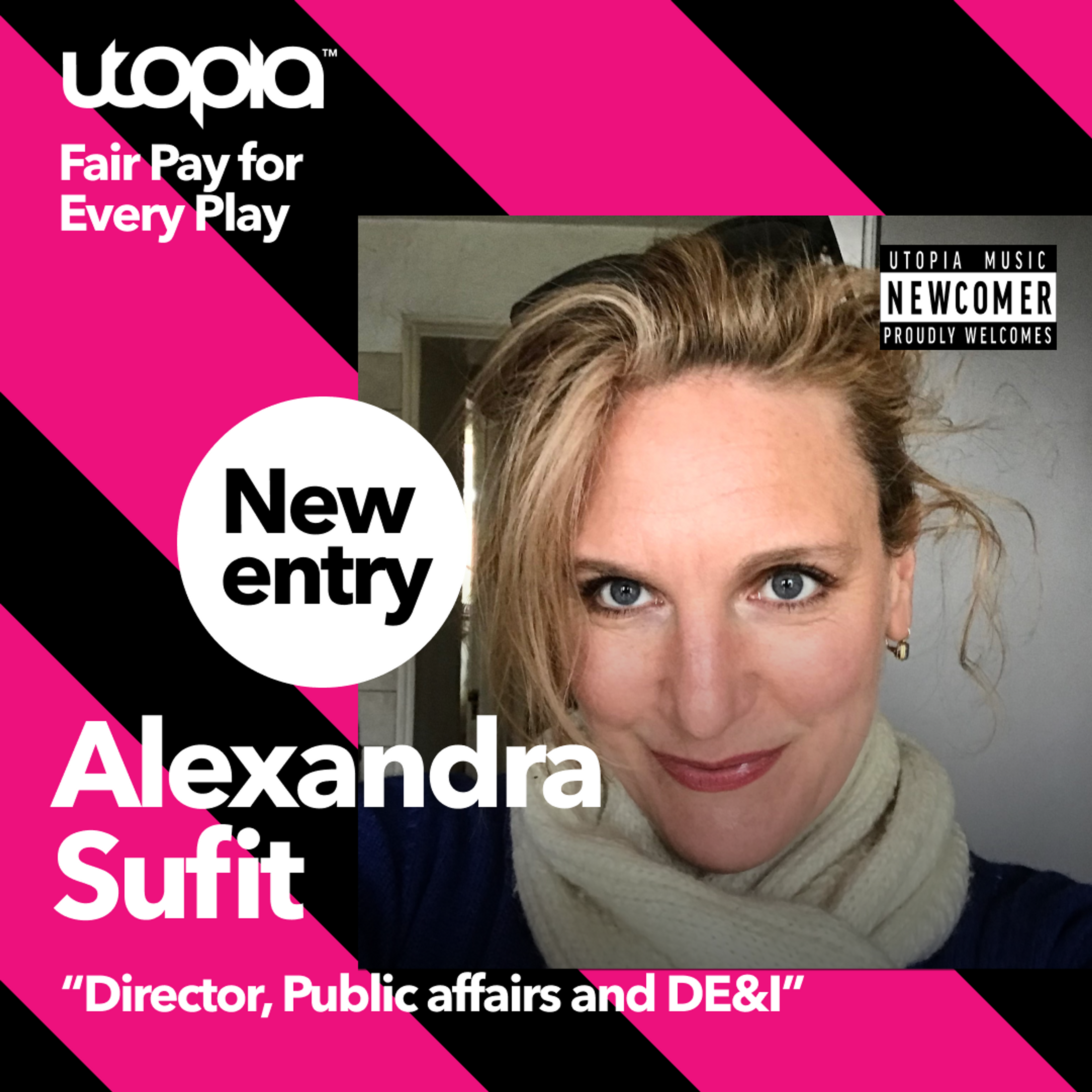 London, United Kingdom, Wednesday 2 March, 2022 – Utopia Music, the Swiss Music fintech company, announced that Alexandra Sufit will join the company as Director, Public Affairs and Diversity, Inclusion and Equity (DI&E) helping the company double down on its efforts in the matter.

In her role Sufit will be responsible for leading all internal and external DI&E efforts. She will report directly to Utopia Music Vice President and Head of Policy, Yvan Boudillet.

As a main proponent of Fair Pay for Every Play, Utopia believes that change should begin within, and as such, the company is working with the Swiss Equal Salary Foundation, to ensure every Utopian is paid fairly based on their position and experience, and to help identify and eliminate any potential pay inequity that may or may not exist. Historically, issues relating to diversity, inclusion, and equity have been challenging in both the Music and Tech industries, however, large strides have been achieved in the past and Utopia Music feels that more needs to be done, which is why, at its core, the company decided to adopt a diversity, inclusion, and equity principle to abide by. Alongside our mission of fairness, we seek to help our industries become a more diverse and inclusive playing field through a close collective effort with Creators and all industry stakeholders and hope to continuously improve.

“We are so pleased to welcome Alex to Utopia Music,” said Markku Mäkeläinen, CEO at Utopia Music. “Diversity, Inclusion and Equity are some of our most important core values. Music has the power to bridge cultures and here at Utopia, we currently have more than 40 nationalities working in different territories, something we are hugely proud of. However, we recognize this topic affects the whole industry and as such, we are committed to lead by example.

“Utopia’s Culture is focused on alignment with our mission of ‘Fair Pay for Every Play’ and creating a strong sense of belonging through inclusion initiatives. It’s our goal to always be a company in which every person, no matter their background or preferences, feels safe and has growth opportunities so they can become their best self, and as such, we aim to always improve our DI&E goals. We have come a long way but like many others we have a long way to go.”

“I’m delighted to be joining Utopia, to help it reach its goal of creating a more diverse and inclusive company and drive change within the Music Industry,” said Sufit. “I’m deeply committed to fostering a culture that everyone can benefit from. With Utopia’s vision of fairness, I believe we can make a true impact across the industry.”

In addition, as part of its ongoing efforts, Utopia Music has partnered with the “Women in Music” organisation, and is currently sponsoring a new chapter in Stockholm, where Utopia has one of its tech hubs. Internally, Utopia has also launched a DI&E committee, in which all members of the company are encouraged to speak up and propose initiatives that can benefit any, and all under-represented groups for their future development and well being during their stay at the company. It has also launched an educational and mentorship programme that can be accessed by any Utopian that wishes to further their career. Currently, Utopia’s eNPS is 60. On average an eNPS of 30 is considered “good” and 50 is considered “excellent”.

“Women in Music is excited to partner with Utopia music to launch WIM Sweden, opening more doors for education, empowerment and advancement across the globe,” said Nicole Barsalona, President of Women in Music. “We’re delighted to be working with the Utopia team to build our core leadership in Stockholm, and to connect more members around the world who are working to build a more equitable industry.”