After the appearance of her 1985 classic “Running Up That Hill” on Netflix’s Stranger Things, the music of legendary British singer, songwriter, and record producer, Kate Bush has made a triumphant comeback - and rightfully so we would say. 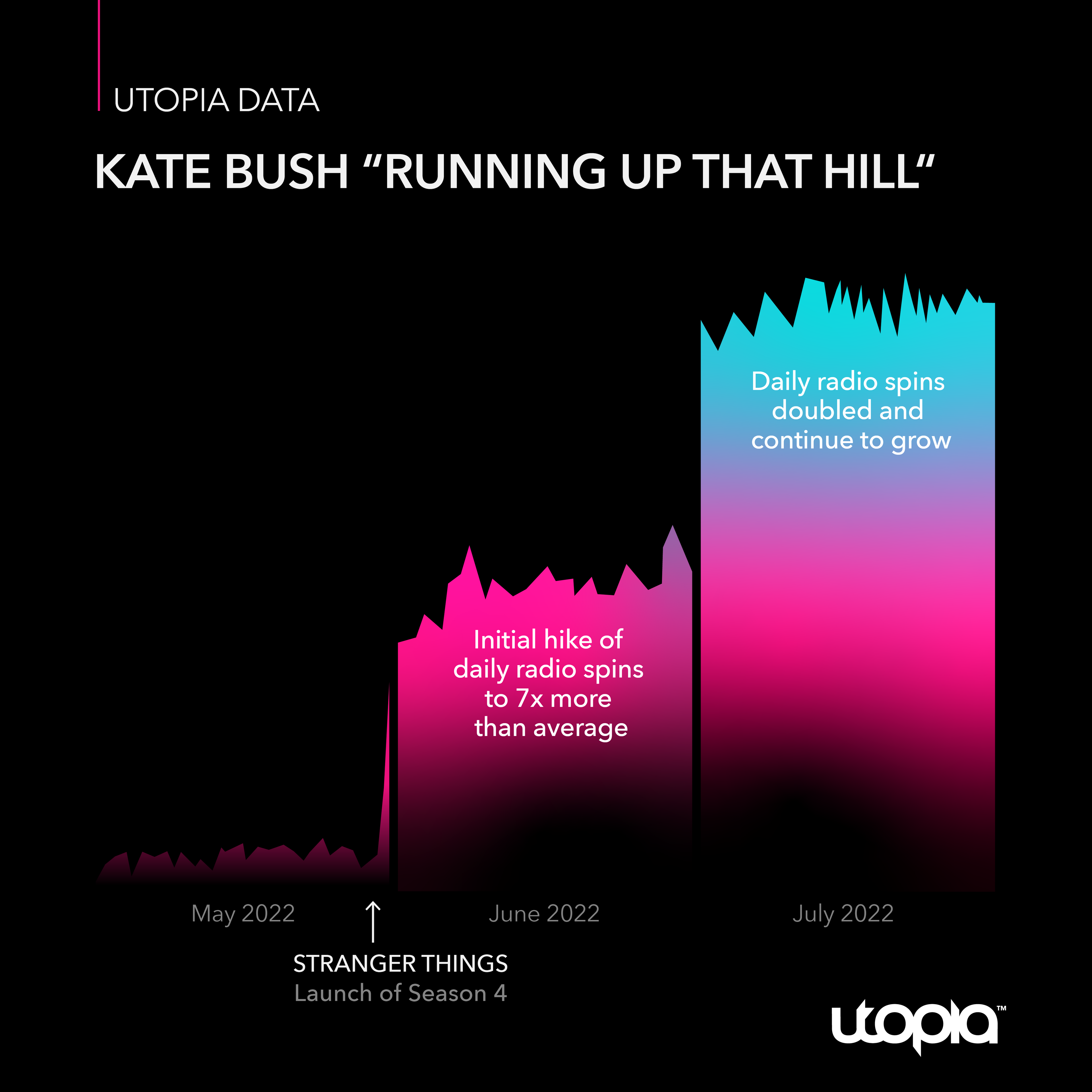 The song has been the soundtrack to many viral TikTok challenges contributing to its dominance within streaming charts and radio playlists all around the world.

As reported by Utopia’s data department, in June, just a few weeks after the release of Season 4 of Stranger Things, “Running Up That Hill” had already enjoyed a massive spike in radio plays across the UK.

Later that month, the radio plays increased, airing, on a daily average 7 times more frequently than compared to the previous month.

What’s even more impressive is that during July, “Running Up That Hill”’s radio plays have been skyrocketing, doubling radio spins from June.

It’s wonderful to see how the music of a uniquely brilliant artist like Kate Bush has been rediscovered through a hugely popular TV series, with lifelong fans joining a whole new generation in appreciating this timeless pop icon.

If you’d like to learn more about how sync placements can help boost your music, you might want to consider checking out our previous article.