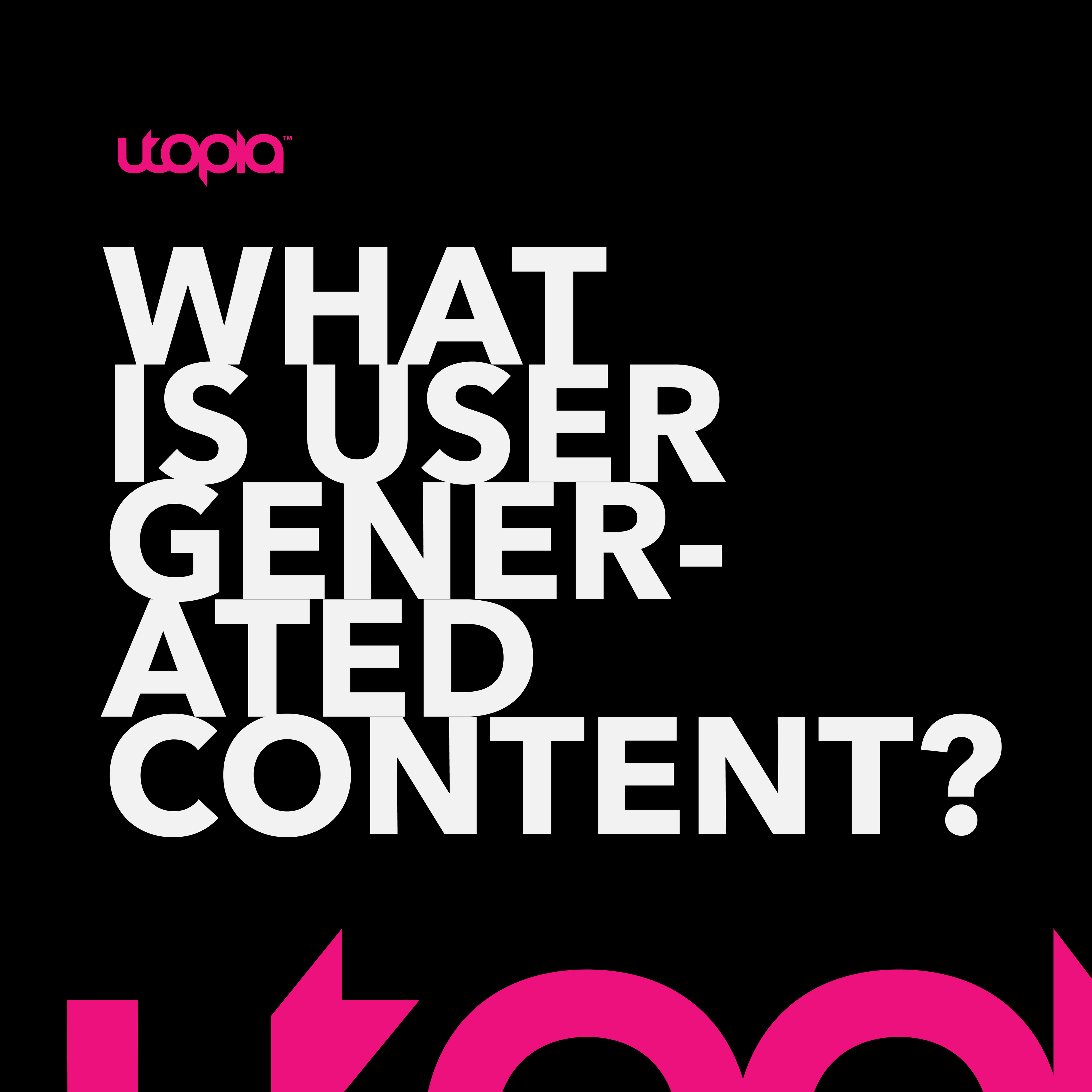 When speaking of User-Generated-Content we mean every piece of content created by users of social media online platforms, either creators or fans that may have the potential to directly impact professional content.

The conjunction of music and social media has always been profound, which is one of the main reasons why User-Generated-Content has become a prominent part of the modern music industry. Unlike traditional broadcasting and publishing media, such as radio stations and TV, UGC allows creators to increase the percentage of audible content being consumed through social media posts.

THE RISE OF NEW SOCIAL MEDIA PLATFORMS AND UGC

The rise of new social platforms, such as TikTok and Twitch, have provided creators with new opportunities to reach a broader audience and new fans.

On one hand, from 2020 up until now, we have witnessed a massive increase of activity on online platforms, and during the pandemic, new media such as TikTok and Twitch have taken over, providing creators with more opportunities to reach their listening public and new fans.

THE ISSUES OF UGC AND UNCLAIMED ROYALTIES

UGC often features copyrighted music and often without clear licenses or copyright claims, which can result in a massive amount of unpaid royalties

On the flip side, however, most UGC contains copyrighted music, and such unlicensed material is also subject to license use between the platform and the rights holders.

It is also true that today more than 59% of the global population is on social media. Therefore, it may be a gateway to occupying the digital space, especially for music. The UGC monetization potential for the Music Industry is massive and would lead to generating new streams of wealth for creators.

This new revenue stream has only recently been explored. However, the UGC monetization potential for the Music Industry is massive. Although licensing deals may sometimes be complex, social media platforms are starting to work on how to monetize licensed music in UGC.

One of the significant steps forward to monetizing music in UGC is YouTube’s implementation of Content ID, where rights holders can upload audio files and metadata and whenever a creator uses music within their videos, it is either monetized with advertisements or blocked by YouTube.

Facebook is also among the other social media platforms offering monetization options for UGC. The platform has entered into deals with major labels to license their music publishing catalogs for usage in videos and messages that users can share on Facebook, Instagram, and Oculus.

Last but not least, TikTok is, as well, offering a library of songs and audios that are free to use for every content creator, for which the platform pays artists royalties for every time they’re streamed.

Not only is UGC a great way for creators to stay connected with their listening audience or for the listening public to discover new music, but it is, most importantly, a beneficial tool for music monetization. As the Music Industry evolves and changes, and the legislation continues to adjust with the industry, the revenues deriving from UGC will keep growing and become a significant source of income for the creators, labels, and rights holders.